Our policy applies to all staff, governors and visitors to the school. The six main elements of our policy are to:

We aim to work in partnership with other agencies, and seek to establish effective working relationships with parents, carers and other colleagues. We will develop activities and opportunities within our pastoral care and throughout our curriculum that will help equip our children with the skills they need to stay safe.

The school places a high priority on keeping children safe when they are in our care.

Concerns relating to any part of school life can be raised at any time with your child’s form tutor, their Head of Year or the Year Team Senior Leader.

Wigan Safeguarding Children Board (WSCB) oversees all organisations in Wigan and Leigh that work with children and young people and have a responsibility for safeguarding them. Their website is: www.wigan.gov.uk/WSCB

If you have a concern about a child, you can report your concern directly to Wigan Safeguarding Children Board by going to the website above and clicking on the icon “REPORT CONCERNS”.

We advise that students report any abuse online to CEOP and their social media provider. If the online concern relates to pupils in our school, we will log it, but we will always insist this is reported to the correct authority CEOP/ Greater Manchester Police as it is potentially a criminal offence.

All other safeguarding concerns can be directed to the appropriate Head of Year, Senior Leader or to me personally using the contact details below. The safeguarding of children is everybody’s responsibility. If you’re concerned, report it.

“An outstanding environment of safety and inclusion where difference is positively embraced.” 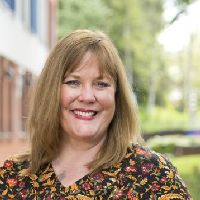 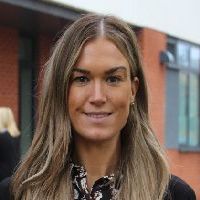 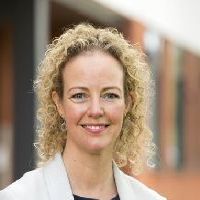 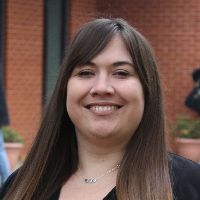 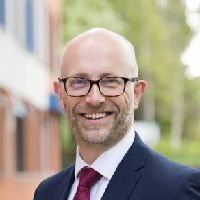 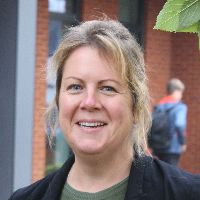 If you don’t feel safe or you’re worried about the safety of another student, talk to a member of staff you feel comfortable with.

OR you can tell us out of school hours.

You can email us:

You can phone us or text us:

If you are in immediate danger and need help straight away, always phone 999.

*Calls from private/ withheld numbers will not be answered. If you are worried about your safety, we will need to involve other people who can help you, but we will support you through this.*

In June 2021, Ofsted published its ‘Review of sexual abuse in schools and colleges’ which raised concerns related to the prevalence of peer on peer sexual violence and harassment nationally.

As part of the review, Ofsted spoke to 900 children and young people and also made visits to 32 schools and spoke to a range of stakeholders. Their key findings can be summarized as follows:

We have been directed that “schools, nationally, should act on the assumption that it is happening”.  As such, we have put in place a robust action plan to address these national concerns and we intend to raise awareness amongst our pupils during PSHE lessons over the next few months.

The school has a zero-tolerance policy when it comes to sexual violence and harassment. We will never dismiss such behaviour as being ‘banter’ or ‘part of growing up’.  We will challenge unwanted behaviours when we see or hear them anywhere in school. Students who are heard or seen engaging in such behaviour will be subject to our behaviour policy and our safeguarding and child protection policy. We will report incidents to the police where a criminal offence has been committed and involve other external agencies where appropriate. We will offer restorative sessions between students in some, appropriate, cases and we will refer victims to a variety of support sources both in school and externally.

Students can report experiencing or witnessing unwanted behaviour of a sexual nature in the following ways:

The safeguarding team will manage these reports in line with the school policy and will analyse their prevalence each half-term.

If you have any concerns, or queries, please email your head of year:

What is the Prevent strategy?

Prevent is a government strategy designed prevent people becoming terrorists or supporting terrorist or extremist causes. The Prevent strategy covers all types of terrorism and extremism, including the extreme right wing, violent Islamist groups and other causes.

How does the Prevent strategy apply to schools?

From July 2015 all schools (as well as other organisations) have a duty to safeguard children from radicalisation and extremism. This means we have a responsibility to protect children from extremist and violent views the same way we protect them from drugs or gang violence. Importantly, we can provide a safe place for pupils to discuss these issues so they better understand how to protect themselves.

What does this mean in practice?

Many of the things we already do in our school to help children become positive members of the school community and society also contribute to the Prevent strategy.

We will also protect children from the risk of radicalisation, for example by using filters on the internet to make sure they can’t access extremist and terrorist material, or by vetting visitors who come into school to work with pupils. We will carry out our Prevent duty in different ways, depending on the age of the children and the needs of our community.

How does Prevent relate to British values?

Schools have been required to promote British values since 2014, and this will continue to be part of our response to the Prevent strategy. British values include:

Isn’t my child too young to learn about extremism?

The Prevent strategy is not just about discussing extremism itself, which may not be appropriate for younger children. It is also about teaching children values such as tolerance and mutual respect. Our School will make sure any discussions are suitable for the age and maturity of the children involved.

Is extremism really a risk in our area?

Extremism can take many forms, including political, religious and misogynistic extremism. Some of these may be a bigger threat in our area than others. We will give children the skills to protect them from any extremist views they may encounter, now or later in their lives.

Extremism – vocal or active opposition to fundamental British values such as democracy, the rule of law and tolerance of different faiths and beliefs

Ideology – a set of beliefs

Terrorism – a violent action against people or property, designed to create fear and advance a political, religious or ideological cause

Prevent Guidance: Learn about gangs and how to prevent involvement

This website uses cookies to improve your experience while you navigate through the website. Out of these, the cookies that are categorized as necessary are stored on your browser as they are essential for the working of basic functionalities of the website. We also use third-party cookies that help us analyze and understand how you use this website. These cookies will be stored in your browser only with your consent. You also have the option to opt-out of these cookies. But opting out of some of these cookies may affect your browsing experience.
Necessary Always Enabled

Any cookies that may not be particularly necessary for the website to function and is used specifically to collect user personal data via analytics, ads, other embedded contents are termed as non-necessary cookies. It is mandatory to procure user consent prior to running these cookies on your website.